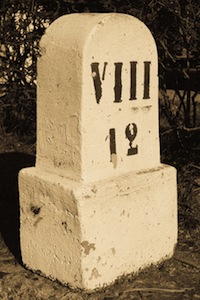 2011 was a marathon year for myself and Melissa, for many different reasons. While I always feel the need to revel in my accomplishments, I usually try not to gloat. Yet, looking at that year proved much more fruitful for us in many respects. Beyond all the wonderful comments, positive responses, and other benefits that came with these accomplishments, I feel it necessary to share how the year went in hopes that it may inspire others (including some close friends) to do the same for themselves. In this three part series, I’d like to start with one of our most significant accomplishments: weight loss.

Let’s put it bluntly - I was fat. Borderline obese, as a matter of fact. At my worst point in 2010, I weighed in at 217 pounds. At a height of 5’10”, that puts me at 31.1, fairly obese. Melissa and I realized that as Tristan grew and honed those energy vampire skills, we were going to have a difficult time keeping up. Furthermore, we had several honest discussions about how the future was going to affect us if we maintained our current lifestyle. Obesity is linked to numerous different health problems, of which the cost to resolve is not cheap, and there is the increased risk of heart attack and/or stroke with obesity. After careful consideration, we came up with the following three goals which would shape our attitude for the remainder of the year:

The cornerstone of this being a success was diet. However, Melissa and I had tried numerous diets over our relationship, all of which resulted in immediate weight loss, then a seemingly-never-ending plateau. So, after Melissa did further research, she came across the Candida Yeast Free Diet. The core concept of the diet is simple: eliminate candida yeasts which prohibit the body from being able to properly digest food and lose weight. The basics were simple: cut out sugar, caffiene, alcohol, dairy, gluten, and yeast. This was quite a challenge, as we regularly consumed all of those ingredients. We recognized that sugar and alcohol were some of the biggest inhibitors of weight loss, so we were okay with cutting those. However, gluten, caffiene, and dairy were an integral part of our diets, past and present, and would be difficult.

Melissa came across a highly recommended book, the Complete Candida Yeast Guidebook that would provide us the necessary instructions, guidance, and recipes to follow. The diet in the book was intriguing as it was borderline Vegan (though it did not restrict the consumption of meat). Melissa and I at that point had been eating strictly vegetarian, but had not made the plunge to go anywhere near Vegan - mainly because we liked our ice cream too much. :-P But, there were plenty of recipes that included a variety of vegetables, nuts, seeds, and grains that made for a wholesome and wonderful diet.

We took the pluge starting on January 19, 2011. I weighed in at 202.8 pounds. The changes were rather immediate, actually. The first was the fact that I wasn’t starving myself: I was able to eat a lot of food made through the recipes. Yet, since it was mostly veggies and gluten-free grains, my body processed it quite effectively. This resulted in the first immediate change: having more energy. For once, I was getting the right nutrients, in the right quantities, with foods that didn’t send my body into a catatonic state. The weight started to trickle off at a rather steady pace: averaging about 0.25-0.5 pounds a day. But the interesting part: it didn’t stop coming off that fast. Indeed, by March 1st, I weighed in at 185.6 pounds and was feeling fantastic!

Melissa had similar great success with this diet, and both of us were ecstatic to have managed to lose such a significant amount of weight. However, despite coming down to a healthy weight range, both myself and Melissa are still not at the ultimate point that we want to be. Both of us still have fat around our midsections that we would like to continue to lose. This has led to a partial obsession with wanting to continue leaning up. I’ve recognized that at this point, the necessary training for me to help lose the fat around my midsection involves performance training which will increase muscle strength and tone, meaning I have to gauge my goals differently: body fat percentage as compared to weight. I’ve already been undergoing strength training and am seeing some amazing differences.

Despite trying to apply perfectionism to my body, I wanted to do a side-by-side comparison to see what the weight loss really had done for me. I recognize that I’ve lost a significant amount of weight, but given that it’s been longer than a year since I’ve been > 200 pounds, I had forgotten how bad it used to be, and how great I look (and feel) now. One of the first images I did the comparison of was of my face. The left image was my profile picture from when I worked at the College of Architecture (approx. 2009). The right image was from when I went to Chicago in fall 2011. 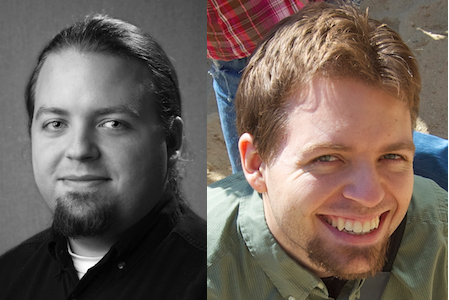 As if that’s enough of a comparison, let’s look at a full body image. The following image really shows the significant contrast from December 2010 (left image) to April 2012 (right image). 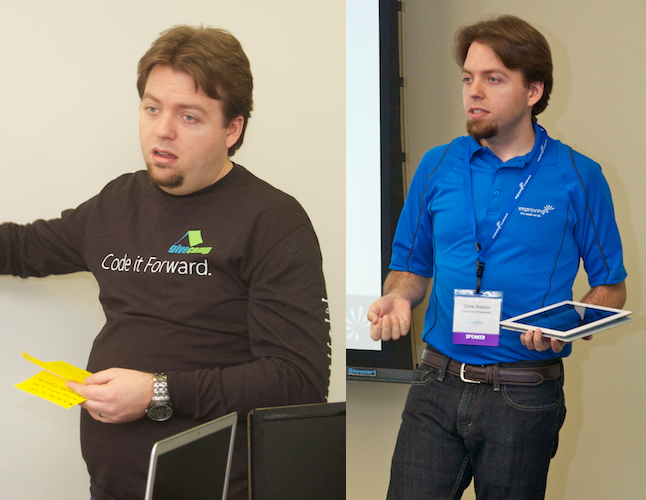 I wouldn’t have been able to lose all of this weight if it weren’t for everyone in my life. My coworkers, my friends, and my family were all strong supporters of my weight loss goals, especially when they saw the weight practically melting off my body. But, most of all, the significant amount of credit goes out to my wife, Melissa. She championed the weight loss initiative, did all the leg work to research and find the diet, but most importantly, spent countless hours slaving in the kitchen cooking these meals for our diet. I kid you not: she spent regularly about 4-6 hours in the kitchen cooking our meals. Without her passion for loosing weight, without her passion to see us succeed, and without her sweet words of encouragement, I wouldn’t have been able to succeed to the degree that I have. Thank you, Nis. I love you!